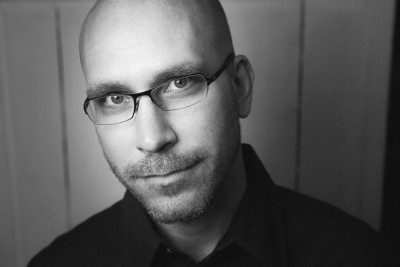 I just received some bittersweet news in my email now: John Rich will be leaving his post at the Guild Literary Complex. John has been a gentle and moving force on the Chicago lit scene, bringing us years of fantastic cross-cultural programs at the Guild. The good news is that he has been hired on at the Museum of Contemporary Art Chicago​ as Manager of Performance Programs. So Chicago hasn’t lost him after all.

Here’s the brief bio posted earlier this year at NewCity when John was selected as one of Lit 50 2015: Who Really Books in Chicago (I’m sure I was one of many people who nominated him for the list):

“Prior to his current role at the Guild Literary Complex, John Rich founded the Chicago Book Expo, which supports local publishers, independent bookstores and authors of every genre. Working alongside Michael Puican, president of the Guild Literary Complex, Rich has helped the entity branch into various literary and artistic events throughout the city and across the nation, most recently partnering with the International Cities of Refuge Network, an organization that provides safe havens for persecuted authors and artists across the globe and creating the local programs 25 Writers to Watch and BrooksDay, an annual reading and celebration of the poems of Gwendolyn Brooks.”
(Read about the other 49 on the 2015 list at: NewCityLit)

Thank you for your work on behalf of the literary community, John, and good luck to you!